Overview:  Over the past 30 days there has been many changes and updates to Lighthouse Tv23 technical infrastructure. TV23 was formally constructed as a facility in 2005 with the opening of the TV Studio portion of the facility.  An updated Playout Room was launched in 2007 with an analog DVD and tape source system.  Over the past years there has been several improvements and updates which established TV23 as one of the finest facilities in the area.

First Digital Migration:  In 2009 we began to plan the evolution of the facility to accommodate the HD Digital technology platform. Our bulletin Board upgraded to SCALA software broadcast and that platform changed from in house content creation and playout to an early version of Digital Signage in preparation for a full online system.

Streaming Technology:  Taking advantage of the rising streaming media platforms TV23 purchased the Telvue Telecast streaming system in 2013. With this platform TV23 began providing an exclusive internet channel for programming and by 2014 the 24/7 bulletin board was added. A full Video on Demand (VOD) service was operational so that residents or anyone in the world could view our programs and previous content including the Town & Village meetings.

Continual Upgrades: TV23 improved the bulletin board to include live programming and other features such a Classic Movie Nights. The system also imported programs from other media sources around the world in an effort to make TV23 programs more appealing to a diverse viewer audience.   In 2017 the SCALA system was upgraded to a full online server provided by a national service. This removed the technology from local based operations to a remote server platform which would accommodate live media and also eliminate the need for DVD players and the associated scheduling software.  With this system both video and audio was now server based any DVD based program submissions would be ingested into the system and uploaded to the server.

Digital Conversion Completed:  By 2017 the core signal infrastructure was upgraded to full 720P signal quality and accommodations were made to support the Time Warner signal which was still in Standard Definition (SD). A fiber connection was installed to upgrade TV23 from the outdated coaxial cable link between the facility and the cable provider. The cable provider switched to an all-digital channel deliver system but TV23 was still in SD and they provided residents with a Digital to Analog Converter (DAC) in order that residents with older TV sets could see the channel.

Digital Ready: As of December 2021, TV23 is now 100% digital at 1080P. TV23 now streams in full 1080p HD and the same “hand-off” to the cable provider is in place. Once negotiations are completed for a TV23 digital channel the facility would have completed the plans set forth in 2014.

YOU TUBE TV: By January 10, 2022 TV23 will launch a live You Tube TV channel and provide of 24/7 bulletin board programming on You Tube.

Video on Demand: The VOD system will be expanded and improved to provide a menu driven system for viewers to select programs in a format that resembles cable platforms in image and utilization.

Special Notice:  It is worth mentioning that all of the systems upgrades, improvements and maintenance cost was managed within the annual operational budget provided by the Town and Village of Saugerties. Several tech team personnel dedicated many hours of their time to accomplish the work required.

TV23 after much effort has secured the rights to broadcast the popular series DEMOCRACY NOW.  "These informational programs will air during the week and provides a great deal of information for our residents", quotes Anastasia Redman, Program Coordinator of TV23.  Check the PROGRAM tab on this site for the program schedule. 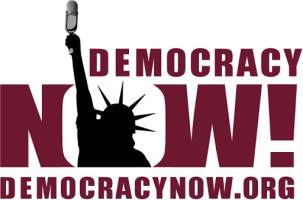 WE ARE ALWAYS AVAILABLE ONLINE:

OUR OWN 24/7 LIVE STREAMING AND VIDEO ON DEMAND: We are working hard to match and make available to tour residents the very latest in the CABLE TV digital migration. The list of features below evidence our commitment to these evolving technologies.

LINKS: CLICK ON THE LINKS BELOW OR CUT AND PASTE THEM INTO YOUR DEVICE

SEE US ON YOU TUBE: https://www.youtube.com/user/LighthouseTV23/videos?disable_polymer=1

It is inevitable that cable providers MUST upgrade to a full digital format for their service delivery.  First, it is an FCC mandate and they must comply.  Just like the air delivery systems all had to convert and TV manufacturers can no longer manufacture analog Tuners, the cable industry must also comply with this mandate.  The second reason for 100% digital service is a matter of bandwidth. It takes up 10X the amount of data bandwidth to provide analog service and the cable providers need the bandwidth in order to provide all the digital services that we have come to appreciate and demand such as internet service, phones, and digital broadcast services such as Video on Demand. So in order to provide an ever increasing demand for services the cable companies must convert and drop all the analog service.

Now what does that mean to the subscriber?

1. If you are a subscriber like myself who currently use a digital service from the cable company: the transition is virtually seamless: you just have to use a new channel: 20.4 to see Lighthouse TV23.

2. If you are not a digital service subscriber but you have one of the newer digital ready HDTV sets you simply do the same thing. Just take the remote and select 20.4 and TV23 will appear. That is the new digital carrier that Lighthouse TV23 is being broadcast on.

3. If you are in the "past" and still have a TV set that has an analog Tuner with the basic cable service which is called a "pole drop", TW provides a small DSA(Digital Signal Adapter) which will convert the 20.4 digital TV23 signal to Channel 3 on your old TV set.

LIGHTHOUSE TV23: WE HAVE REACHED OUR TECHNICAL GOALS

Lighthouse TV23 Engineering Director Nigel Redman has announced that by the end of 2019 the facility will be all digital.  "We are getting rid of our DVD and Tape playback devices and migrating to a Video Server using digital files". This technical upgrade will be part of the match for the newer broadcast platforms as the entire media delivery industry is changing to an all digital service.   This is a major undertaking but Mr. Redman has already COMPLETED the infrastructure process to allow for this upgrade. With the help of the TV23 volunteers this project is on schedule and we look forward to the nenefits it will provide.

Our In-house Video Server platform is the telvue Hypercast platform

The combination of these two powerful technology platforms gives TV23 the very best digital media management and delivery systems on a worldwide basis using the internet and the power of mobile digital systems. 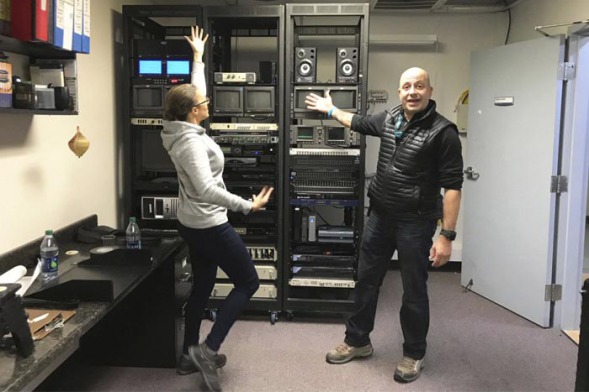 FOR A DIGITAL EXPERINCE OF TV23 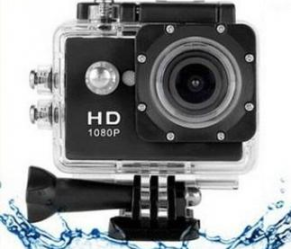 TV23 Program Coordinator Anastasia Redman announced on December 12, 2018 that they have purchased 2 complete GO-PRO styled Sports Cam systems. These high quality digital mini-cams are the very lastes tin mobile video aquisition technologies. They can be mounted on vehicles or just about any moble device such as motorcycles and bicycles. The cameras are also underwater equipped.

The kits come with all the components required for a variety of outdoor or mobile settings. Once recorded your media programs can be submitted to TV23 for airing. If you are interested in learning more about the new systems please contact: